​"Carrying the name of a horse racing legend brings with it extra attention and expectation. However, there is currently nobody cooler in the saddle than Jonjo O’Neill Jr."

A proud dad – and now boss – sits with a wry smile when asked to talk about his namesake and son: “We didn’t really think of the potential pressure when we named him! I never really expected he would become a jockey.”

​ Jonjo O’Neill Jr. jumped onto the racing scene in 2015 when, as a fresh-faced 17-year-old, he had his first winner under rules. “The name does bring scrutiny but I have never really felt the pressure. I’m one of five from dad and none of the others, apart from AJ (Anthony Joseph, the youngest child of Jonjo and Jacqui who assists Jonjo Sr. with the training and holds an amateur licence), are really involved in the sport. So it wasn’t like I was born to follow in my dad’s footsteps so to speak. I was never pushed into it at all. Luckily now that I have had a small bit of success, it’s quite nice that we do have the same name and it’s a privilege to carry it on.” Acknowledged with a chuckle, Jonjo Sr. adds: “There was never any pressure. I am delighted he did choose this path though. All I had ever said to them was whatever you choose to do, make sure you enjoy ​it like I do and you give it your very best shot.”

As with many jump jockeys, injury risk is high, and for Jonjo Jr. a string of injuries hampered any consistency or progression during the early stages of his career; although all the signs were there of what a talented rider he was. Now aged 23 – and with a couple of injury-free seasons behind him – he has built up a huge reputation as one of the finest young jockeys in the UK, tipped by many to reach the very top of the sport, and is often compared to the great AP McCoy.

​Yet, it all could have been very different. “To start with I loved arenacross (indoor motocross),” Jonjo Jr. says, “and, although not doing much of it at all, I always wanted to do that. It was always going to be something competitive within sport.”

“At one point rugby was much more the focus,” Jonjo Sr. chips in. “I would say it was 50/50 between both sports for a while.”

​Nodding in agreement, his son adds: “I was playing rugby at school as well as riding. They’re not really sports you can do together and I knew deep down that I wasn’t going to make it in rugby properly. I always thought I had a good chance to make it as a jockey if I sorted my weight out. I was over 12st in my last rugby match and got down to 9st 4lb as an amateur the following year, and rode at 9st 7lb which I was no good at as it was far too light for me. I did 10st regularly and had winners off 9st 11lb so I lost over 2½st. To be honest it was all muscle and I didn’t really lose it the right way. I think it was a big factor in me getting fractures to my back through osteoporosis. If I had the chance again I wouldn’t have done it that way, but you live and you learn.”

While Jonjo Jr. was enjoying success on the rugby field and settling into his senior school, Cheltenham College, his father was enjoying his most fruitful period as a trainer with a Grand National victory in 2010 with Don’t Push It, followed by success with Synchronised in the Cheltenham Gold Cup two years later.

“It was around this time, when I was about 12, that I knew I wanted to be a jockey,” says Jonjo Jr. “I was fascinated with studying the form of both flat and jump racing at school. I was fanatical about racing and should have probably done a lot more school work than I did!”

In spite of that, the most important lessons came back at home at Jackdaws Castle when riding out in the string with the likes of AP McCoy, Noel Fehily and Dominic Elsworth on his 13.2 racing pony from the age of ten; a schooling that is the norm for many children of racehorse trainers. Jonjo Sr. fondly remembers a young Jonjo spending time on the gallops. “He was away at boarding school so never really on the yard that much, but when he was, he was always out with the jockeys or in the jeep with me, watching and learning from them.”

To the outside eye Jonjo Jr. looked to have an upbringing that could only mean one thing for him. “I didn’t know anything different. I was very lucky with the amount of jockeys riding out all the time. My pony, Highmead Chatterbox, was really difficult and it was thought that if I could ride her then many of the horses would be a lot easier! You don’t really realise how much you are subconsciously learning from them all. “I was more or less learning alongside Richie McLernon throughout his whole apprenticeship, and at that time AP was riding lots for dad and was having loads of success. It was a great time and I know how lucky I am to have been in that position.”

​The last decade has seen a lot of changes at Jackdaws Castle. Jonjo Jr. is now his father’s main jockey and brother AJ assists Jonjo Sr. with the training of the horses. “We don’t argue too much,” jokes Jonjo Sr. “I feel incredibly lucky to be able to say I work with both of them. It’s a special situation and we all have different views… Sometimes they’re even right!”

It’s a system that is certainly blossoming. This season has already contained some big race winners, including a first victory in the Ladbrokes Trophy (formerly The Hennessy) at Newbury with Cloth Cap under Tom Scudamore, a horse many now fancy for the 2021 Randox Grand National and the recent Betfair Hurdle success at the same course with Soaring Glory, the biggest win for the father and son duo to date.

The exciting season so far has recaptured some ambitions for the elder Jonjo. “I have always been a quietly ambitious person,” he says. “However sometimes the odds don’t come out in your favour. The last few seasons it has definitely helped having AJ assisting me. And seeing Jonjo riding winners on horses that shouldn’t win gives me a great kick.”

Although the 2019/20 Jump racing season was cut short due to the coronavirus pandemic, Jonjo Jr. still managed to ride 61 winners, 26 more than his nearest rival and a number that saw him comfortably win the British Champion Conditional Jockey title. He has already passed 50 winners in his first season as a fully-fledged professional. In February 2020 he was entrusted by Colin Tizzard with riding former Cheltenham Gold Cup winner Native River (a horse looking to repeat that success in this year’s race) in the Denman Chase Newbury in the absence of the horse’s regular partner, Richard Johnson. If he felt any pressure from the racing world, he definitely didn’t show it. He calmly, confidently and maturely got the job done.

“That was definitely the biggest win of my career. I was very lucky to be asked to ride him. Dad has always encouraged me to ride for other people and I’m really grateful for all the opportunities I get.”

“If you want to make it as a jockey you have to ride for other people,” adds Jonjo Sr. “You have to learn the different ways that trainers do things and listen to their advice. It is great that other trainers are giving him the opportunities to ride big winners – it’s a competitive game and it’s down to his hard work that gets him those chances.”

They are separated by 44 years, but their appetite for success and passion for the sport is indistinguishable.

And what does the future hold for Jonjo Jr. with the racing world at his feet? If he can steer clear of injuries we are unquestionably witnessing a future Champion Jockey.

“I know everyone says they want to be Champion Jockey, but I really do. It’s something I have been trying to work towards, but I’m also aware how hard it will be. You need a huge amount of support and the next couple of years will be about laying the foundations to put myself in the best position to achieve this.” 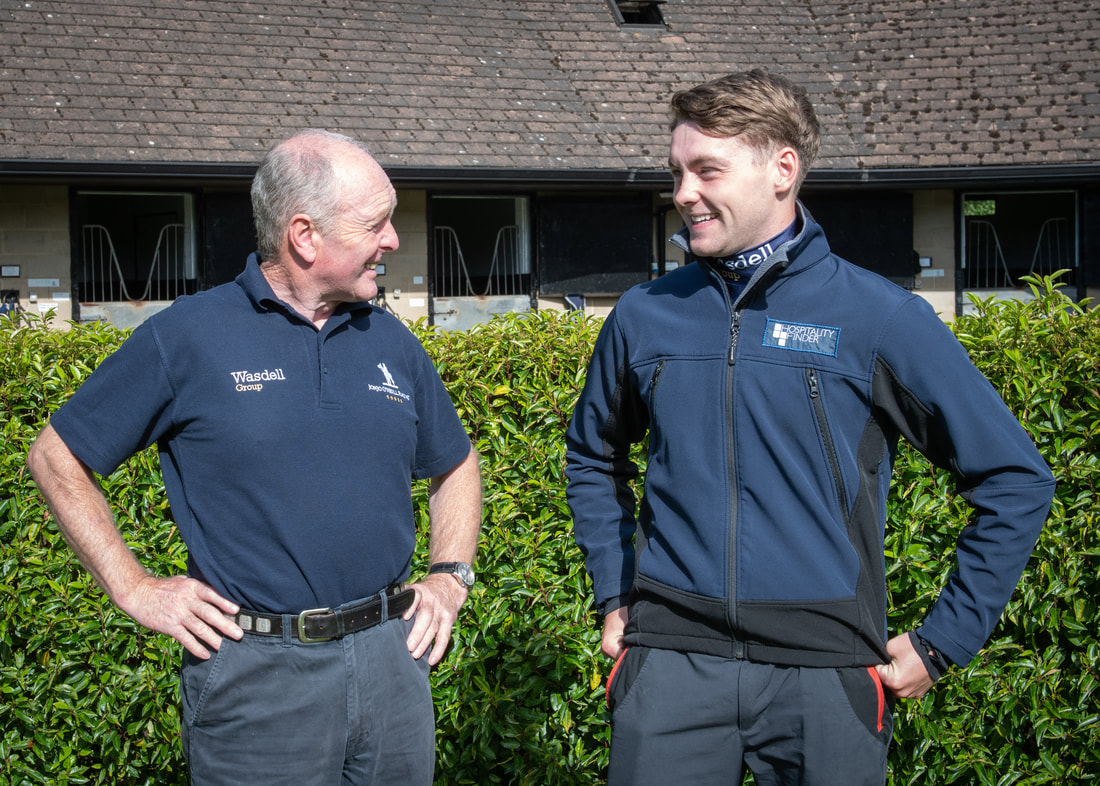