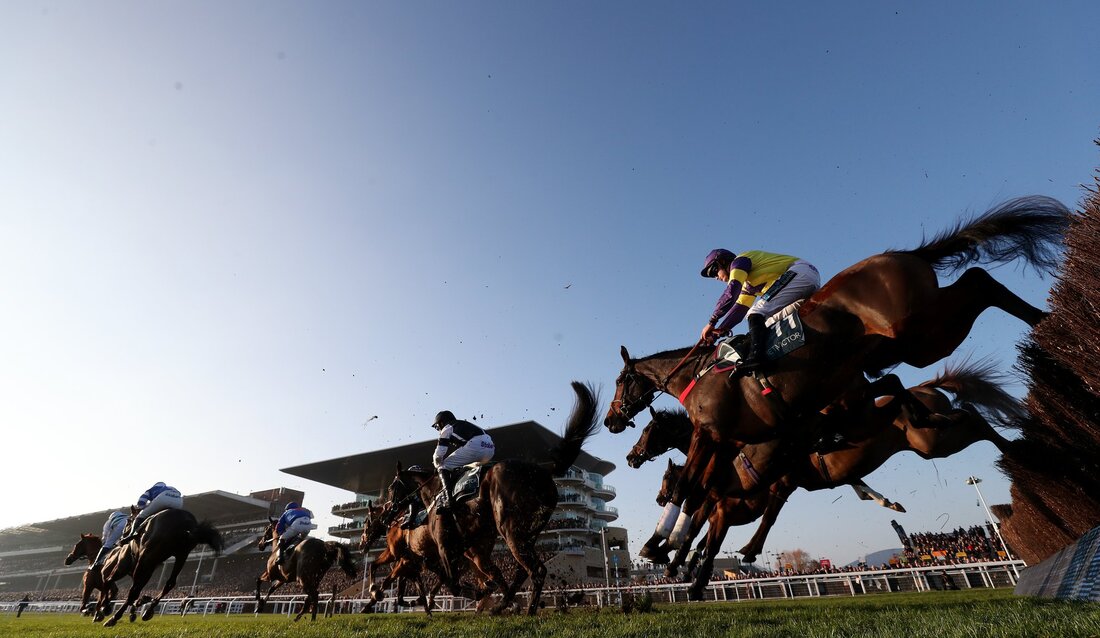 The National Hunt season is just around the corner and we can't wait to hear sound of the hooves and the roar of the crowd once again.

We have once again acquired the services of Paul Ferguson to share his leading prospects for 2021-22 from yards around the Cotswolds.

Now in its 15th year, Paul Ferguson’s Jumpers To Follow is an essential tool to guide you through the autumn and winter, and into the spring. Not only will it whet the appetite for the upcoming National Hunt season, but it will keep you informed throughout the whole campaign.
BUY JUMPERS TO FOLLOW

​The winner of a decent ground four-year-old maiden Point when trained by Colin Bowe, he was purchased for £105,000 and appeals as the type who has the requisite pace to win a bumper before going hurdling. A Shantou gelding from the family of Duke des Champs and Harbour Pilot, he should get further in time and looks a bright prospect.

​An easy winner on handicap debut at Uttoxeter in February, he again travelled well when beaten at Hexham the following month, but he is a horse with bags of size and scope, so might well take a big step forward now that he goes chasing. Still only six, it is likely that he was still filling his huge frame last season and from a mark of 121, he is one to keep onside in novice handicap chase company.

​A horse who I included in this same feature last year, he won once from three starts in handicap hurdles, when circumnavigating the field to win a Pertemps Qualifier at Warwick in mid-January. Injured (struck into himself) when down the field in the Final of that series at the festival, he is now set to go chasing and should make up into a Graded-class novice. At his best on testing ground, he is one to take seriously mid-winter.

​Possibly the most exciting horse listed, he won a maiden Point when trained by Mel Rowley, then blew away the opposition by 17 lengths in a bumper at Warwick on his debut for Kim Bailey and Lady Dulverton. Both the third and sixth advertised that form by winning over hurdles in the spring, and it will be disappointing if he can’t develop into a smart novice hurdler. The five-year-old won his Point-to-Point on soft ground and his bumper on heavy.

​Unbeaten in four career starts, he won an Irish Point (beating the 137-rated Milanford) before joining Richard Phillips, for whom he has won a bumper and two novice hurdles. Versatile in terms of ground, he appeared to appreciate the step up in distance when winning under a penalty at Kelso in May and he remains a novice over hurdles until the end of October. He could make up into a very nice chaser, but is likely to reappear over hurdles.

​The winner of one bumper from four starts last term, he ran well behind a couple of useful winners on his first two starts, before seeming to appreciate the sharper test at Stratford on his penultimate start. Eighth in the Grade 2 bumper at Aintree on his final start (two places behind stable-mate Glencassley, who could have featured here himself), he is a half-brother to the same connections’ Snow Leopardess and could improve significantly now he goes jumping.

​A well-bred five-year-old (by Shantou, out of Glens Melody), he travelled well when runner-up on debut last September and also when fifth behind I Am Maximus and My Drogo in a very competitive bumper at Cheltenham the following month. He didn’t need to improve on that to get off the mark in a good-ground bumper at Huntingdon and he is another to note in the novice hurdle division.

​Runner-up in the Goffs Land Rover Bumper at the Punchestown Festival on his sole start for Mags Mullins, he was purchased for €155,000 and will sport the pale silks of Mrs Gay Smith when he reappears. The fourth and seventh have franked the Punchestown form by winning summer bumpers and this three-parts brother to Mint Condition (rated 140 over hurdles) should do well for his new connections this winter.

​A strapping four-year-old, he won a junior bumper at Hereford and against his elders at Chepstow, before being pitched into the Weatherbys Champion Bumper and the Grade 2 at Aintree. Fifth at Cheltenham, he was possibly over the top at Aintree and is likely to appreciate returning to a softer surface now he goes hurdling. Given his size, he ought to have done well (in terms of physical development) for his summer break.

​The third entry from Kim Bailey’s Thorndale Farm stables, he won a novice hurdle at Uttoxeter in March and is, therefore, another who remains a novice until the end of October. With that in mind, he could reappear in a similar event under a penalty (or even in the Grade 2 Persian War Novices’ Hurdle at Chepstow) before chasing is considered. A good-looking son of Flemensfirth, he looks built for fences and should be a more mature horse this season.

Jumpers To Follow was published on Friday 10th September and can be purchased here: https://weatherbysshop.co.uk/paul-fergusons-jumpers-to-follow/ 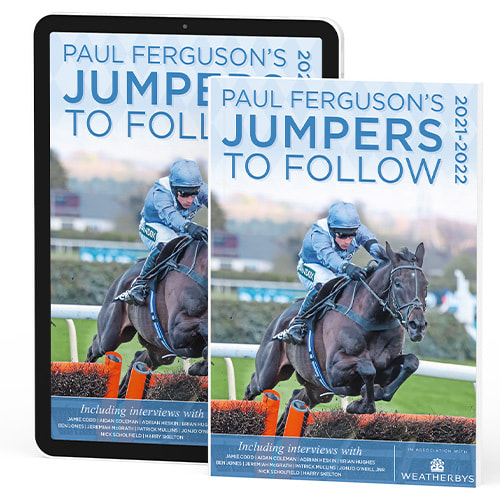