​In a world flooded in gin (which isn't a bad thing by the way), the rise of rum in the Cotswolds has gone a little under the radar. But did you know that the world's most decorated rum has its headquarters in Cheltenham?

​​The Neptune name originated from a dream and with rum having such strong association with sailors, there's no title more fitting than that of the Roman god of the ocean.

It will be no surprise when we tell you that Neptune Rum isn't produced in Cheltenham, in fact it's distilled at the Four Square Distillery in Barbados by Richard Seale who is a world aficionado on rum and owns and runs the distillery. Between them they have created a totally organic, beautifully golden and smooth-blend of eight, five and three year aged single distillery authentic golden rum. It's aged in American bourbon oak casks allowing the rum to mature at a quicker rate meaning Neptune Rum three year old has the style and quality of a much older aged rum.

Within 2 years, Neptune has bagged over 45 prestigious global awards, notably winning Best British Rum Brand, Best Barbados Rum and Gold at the the San Francisco World Spirits Competition. They are also the headline sponsor at this year's Lakefest and the sole rum brand available at the world famous Cheltenham Jazz Festival proving that supporting local events is something they strongly believe in.

​As always with any new spirit, you will try and find a comparison with a recognised brand. This is different from anything we have tried. It's not dark, nor is it spiced, it's a wonderfully made golden rum that is perfect over ice or with a splash of Fever Tree Madagascan Cola (this stuff is a game-changer) and squeeze of lime or in an Espresso Martini that you can see below.
​ 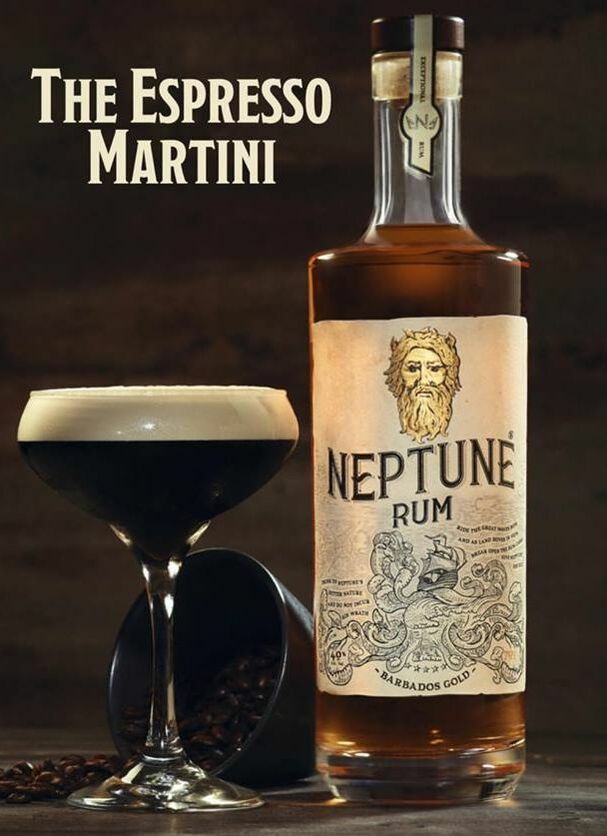 Strain and pour into a chilled martini glass then lightly dust the foam cap with freshly grated nutmeg.
​www.neptunerum.com