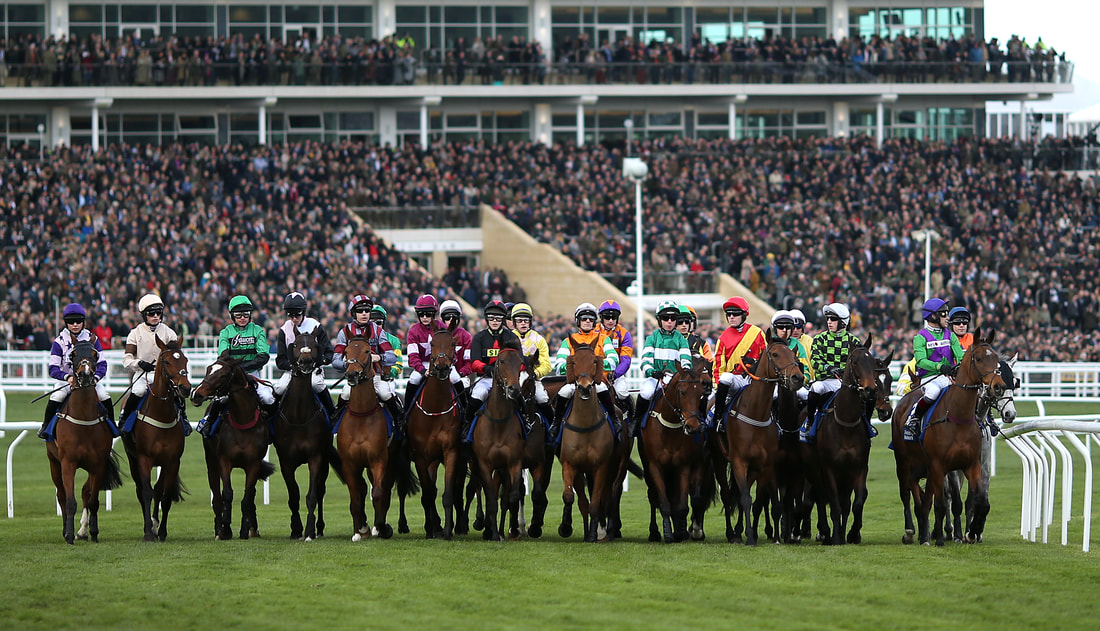 With the first meeting of the season at Cheltenham Racecourse just a month away, Paul Ferguson shares his leading prospects for the 2020-21 National Hunt season from yards here in the Cotswolds.

Published by Weatherbys, Paul ferguson's  Jumpers To Follow has become a reliable and integral tool for punters and racing enthusiasts alike.

I this year's edition, you will find Paul's 40 Leading Prospects for the 2020-21 National Hunt season as well as additional horses to follow from Ireland. You will also find Paul's personal view on horses from more than 65 yards from around the UK (from which Paul selects even more horses to pay close attention to in the months ahead.

You can purchase the book HERE.

Third on his sole start in a bumper (National Hunt Flat Race) in Ireland, Ajero is a half-brother to Kim Bailey’s former smart performer, Charbel. Therefore, it wasn’t surprising to find out that the same connections purchased the five-year-old, who travelled powerfully on his racecourse debut. That form reads well now, with the second subsequently winning a bumper and a maiden on the Flat, whilst the fourth also won a bumper on his only subsequent start. I have a minor concern over his sire (who is yet to produce a winner over jumps), and I suspect that he will need the emphasis to be on speed rather than stamina. However, if he can learn to relax, Ajero could make up into a nice novice hurdler and I would expect to see him out fairly early.

Trainer David Bridgwater enjoyed a first Cheltenham Festival success in March, when The Conditional won the Ultima on day one, and he also introduced a nicely-bred youngster last season, in the shape of Comotion. A half-brother Slowmotion and Soul Emotion, the Kapgarde five-year-old ran in a couple of bumpers at Warwick last term, finishing fourth in a newcomers’ race on debut and then went one place better in what appeared to be a strong event, a month later. Whilst he possesses the ability to win a bumper, it is likely that he will come into his own over hurdles, and he could do well in novice company this winter.

Twice a winner from three starts over hurdles last season, Do Wanna Know is set to return to action in a handicap hurdle in the coming weeks/months, although he also has the option of heading straight over fences, from an appealing looking mark of 125. The winner of a competitive novice hurdle at Huntingdon, the six-year-old was still in contention when falling at Newbury, before returning to winning ways at Catterick, where he beat just one rival.  Versatile in terms of ground conditions, the son of Frammassone looked particularly well when I visited Charlie Longsdon’s Hull Farm stables during the summer and he rates a good prospect for this season and beyond.

A six-year-old by Getaway, Flight Deck is out of the smart race-mare Rate Of Knots and he got off the mark over hurdles at Newbury in late-February. Appreciating the step up in trip (2m4½f on soft ground), he was value for more than the official winning distance, and the race worked out quite well, with the second and fourth winning next time. Up 7lbs, Flight Deck begins the new season on a mark of 121, but has plenty of options open to him. Still eligible for novice hurdles until the end of November, there is also the option to go chasing, and wherever he turns up, I would be hopeful that he can win plenty more races for Jonjo O’Neill and JP McManus.

The winner of a Southwell bumper – a track at which Fergal O’Brien does particularly well with his bumper horses – and a novice hurdle at Wetherby last season, Global Fame begins the campaign on a handicap mark of 129, although he is another who remains eligible for novice hurdles until the end of November. Having chased home subsequent Grade 2 winner Harry Senior on his hurdling debut, he was entitled to win as easily as he did on his final outing, and he looks potentially well treated, should he be sent down the handicap route. Interestingly, O’Brien’s neighbouring trainer Kim Bailey has an un-raced full-brother to Global Fame in his stable, by the name of True Glory . He is a lovely model, so look out for him in a bumper, sporting the silks of Lady Dulverton.

I’ve selected a ‘dark horse’ from the Ben Pauling yard, in the shape of Guardino, who the trainer bought at Cheltenham’s sale in February for £170,000. Runner-up on his sole start for Denis Murphy in an Irish Point-to-Point at Oldtown, the four-year-old is by Authorized and travelled really well in behind, shaping with a degree of promise. The pace he showed that day suggests that he will be more than capable of going well in a bumper to begin with, and he looks a potentially bright prospect for the Pauling stable.

Twice a winner from four starts over hurdles last season, Imperial Alcazar still appeared green and immature at times, so there ought to be plenty of improvement forthcoming. A winner at Aintree on debut, he rounded off his campaign by winning at Leicester in late-January, after which I suspect that he might well have returned to Aintree for the Grand National meeting, had the season not been cut short. Stepping up to 3m should also bring about significant improvement in this imposing son of Vinnie Roe, who could be considered for the valuable Betfair Stayers’ Handicap Hurdle in November. The other option would be to go straight over fences, and he ought to develop into a smart staying novice chaser this winter.

The first of two novice chasers from the Nigel Twiston-Davies yard to make this list, Mossy Fen was a Grade 2 winner last season over hurdles, and is another who promises to make up into a very smart novice chaser. A winning Irish Pointer, he made a winning start under Rules at Worcester last October, before following up over 2m4f at Aintree. He found the step back up to 3m at Cheltenham a step too far at the December meeting (although it should be remembered that he was only four at the time), before bouncing back to win the Leamington Novices’ Hurdle at Warwick, beating Irish-raider Decor Irlandais, who recently advertised the form by winning at handicap at Killarney off a mark of 139. Fifth in the Ballymore on his final start last season, he is another who will improve once stepping back up in trip, and he looks to have the size and scope to do really well over fences.

Muckamore actually chased home Imperial Alcazar at Leicester on his debut for Nigel Twiston-Davies, after which he filled the same spot at Ludlow (outstayed over 3m) before getting off the mark at Taunton, shortly before racing was suspended. Another former winning Irish Pointer, he is another imposing six-year-old who should improve for going chasing. Currently rated 125, he is very much one to note in novice handicap company, on soft ground over an intermediate trip. Forceful tactics seem to suit this son of Sholokhov, who looks ahead of the handicapper.

Another six-year-old to note in the novice handicap chase division, Oscar Robertson begins the campaign on a mark of 120, and is another who could show plenty of improvement over fences. He certainly has the physique of a chaser and might well have needed time to fill into his huge frame, so missing the end of last season might have been a blessing for him. Runner-up in an Irish Point, he was a winner on debut over hurdles at Wetherby, before finishing fourth at the same track on his final start. Given that he has been off since December and has had just the two starts over hurdles, there is a chance that he could reappear in a handicap hurdle, although his future really does look to lie over fences.

Some 13 months after winning his Point-to-Point in Ireland, Picanha made a winning start for Richard Phillips and owner Liz Prowting, when successful in a competitive bumper at Exeter. He stayed on strongly down the centre of the course, and the third, fourth and fifth all won before the end of the season, to give the form a strong look. Forced to miss the remainder oflast season, the Malinas six-year-old is back in training and will be sent hurdling in the coming weeks. Stamina has looked to be a strong suit to date, so I expect him to come into his own over 2m4f (or even further in time), and looks to be a potentially smart prospect for the Adlestrop-based trainer.

The second entry from Jackdaws Castle, Soaring Glory won bumpers at Warwick and Ascot in the early part of last season, before finishing runner-up in a Listed event, back at the Berkshire track. The ground was softer than ideal on that occasion, and although the form hasn’t exactly worked out as well as expected, Kid Commando (finished behind Soaring Glory twice) did advertise the form over hurdles in the second half of the season. Quick enough to start off over the minimum trip, he looks a decent prospect for novice hurdles and should appreciate some better ground in the autumn.

You can purchase this year's edition for just £11.95 by clicking HERE or on the image below. 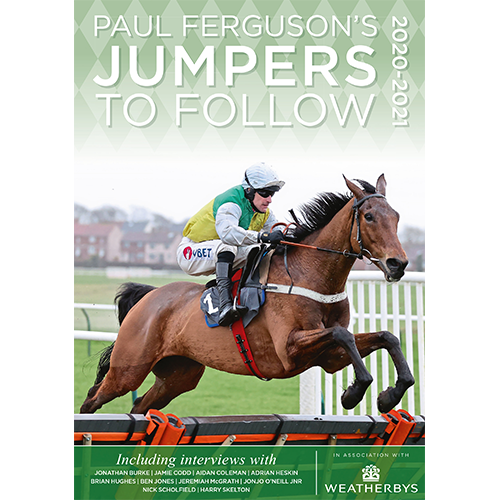 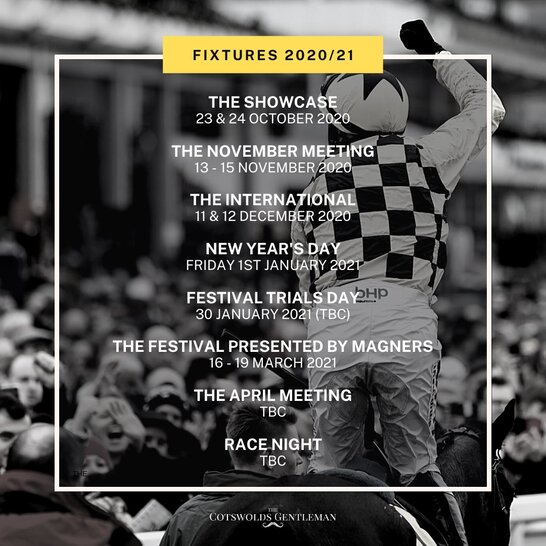