12 PEOPLE TO SEE AT THE CHELTENHAM LITERATURE FESTIVAL

The schedule for the 2016 Literature Festival has been announced for October and once again there are some great names on the line-up. Tickets go on sale at the end of the month for members! We have picked 12 who you really should see! www.cheltenhamfestivals.com
Sebastian Faulks • Saturday 8th October 2016 - 1:45pm - 2:45pm
Author of the wonderful Birdsong, Charlotte Grey and a James Bond continuation novel, Devil May Care, Sebastian Faulks is one of the UK's most respected writers of the 21st century. 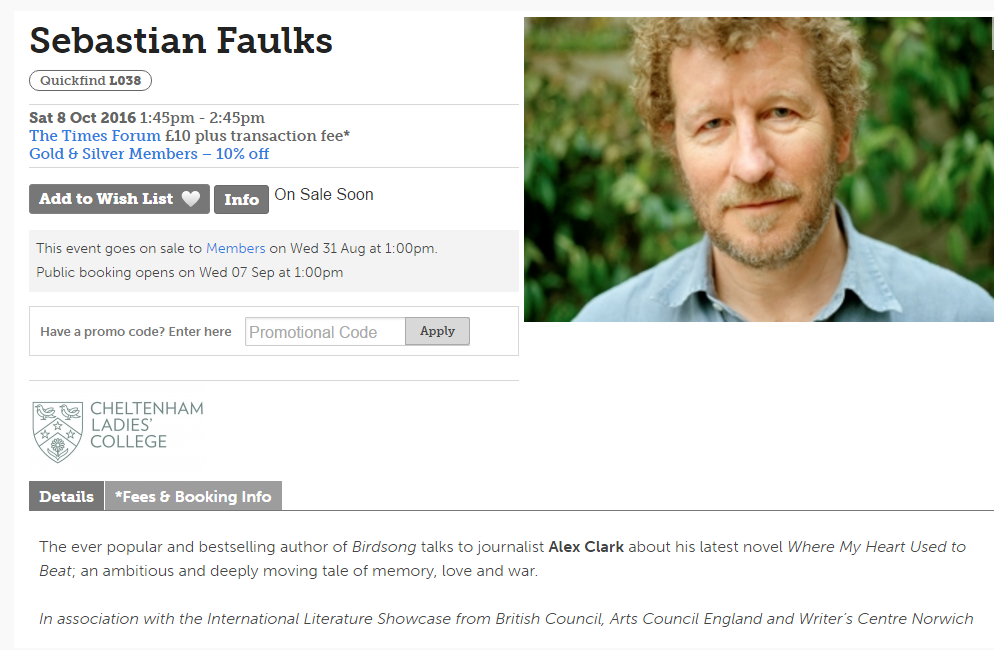 Nick Clegg • Saturday 8th October 2016 - ​3:30pm - 4:30pm
It's been a torrid couple of years for the former Deputy Prime Minister. Hear his side of the story as he opens up to BBC presenter Fi Glover at The Times Forum.

Eddie the Eagle Edwards • Saturday 8th Oct 2016 7:15pm - 8:15pm​
Join Cheltenham's prodigal son and most loved sports stars to discuss his rise to fame after the 1988 Winter Olympics - a story that was taken to the big screen earlier this year!

Emma Bridgewater • Sun 9 Oct 2016 12:30pm - 1:30pm​
Her business started after a not being able to find a suitable gift for her mother and now an Emma Bridgewater piece of pottery can be found in most houses in the UK! Check your cupboards.. Your partner will almost definitely have some! 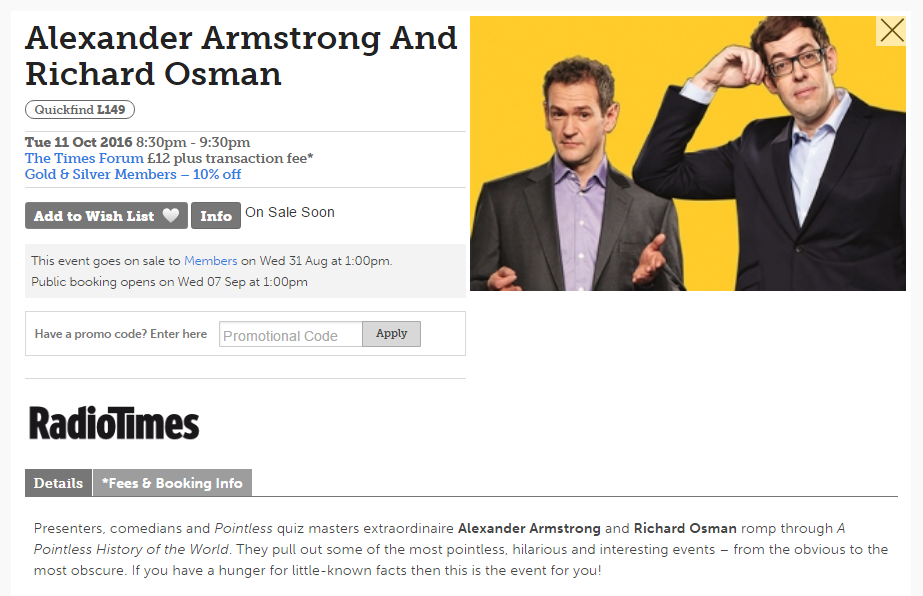 ​Ranulph Fiennes And Kenton Cool • Wednesday 12th October - 2016 3:15pm - 4:15pm
Did you know Ranulph Fiennes suffers from vertigo? No neither did we! Here he teams up with Cotswolds adventurer, and 12 time conqueror of Mount Everest, Kenton Cool as they explore everything we need to know about fear! 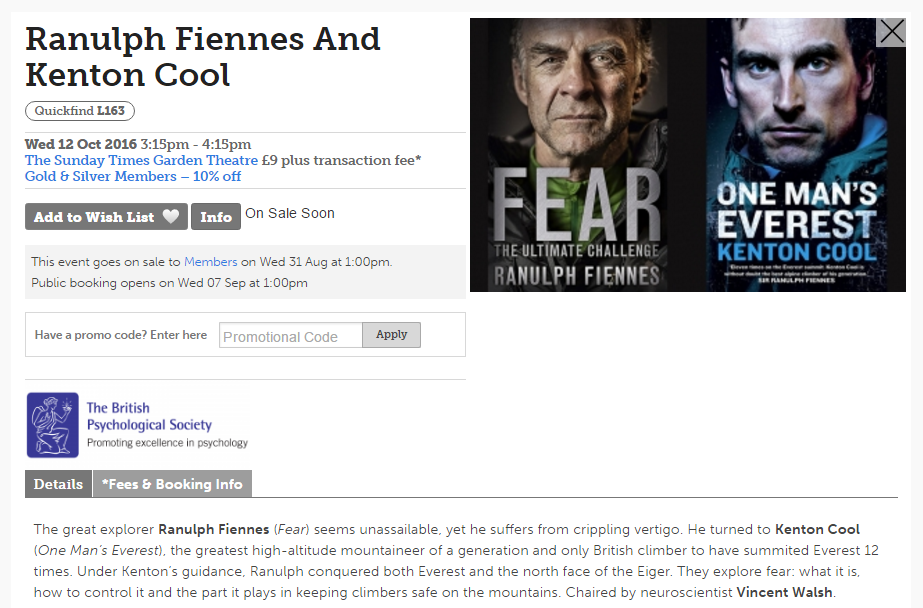 An Evening with Reginald D. Hunter •​ Thursday 13th October 2016 7:30pm - 10:00pm
If you have never had the pleasure of seeing Reginald D. Hunter in stand-up then this is a great alternative! Enjoy dinner and a glass of wine as well as some fine humour from one of America's finest exports! 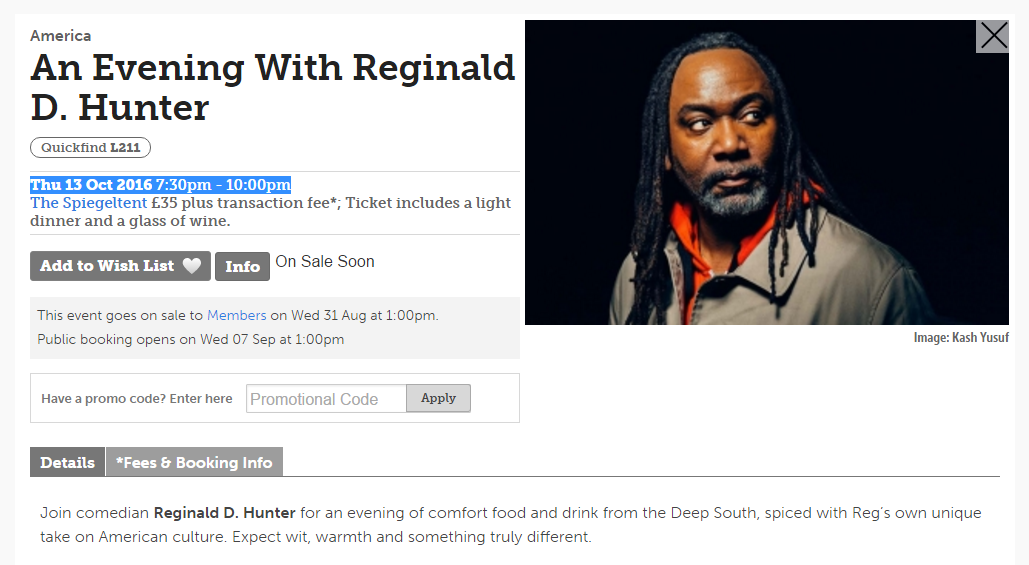 Jeremy Paxman • Saturday 15th Octobe 2016 7:15pm - 8:15pm​
The man who has given world leaders, politicians and university students an equally hard time shares his memories - A Life In Questions, with Emma Barnett. 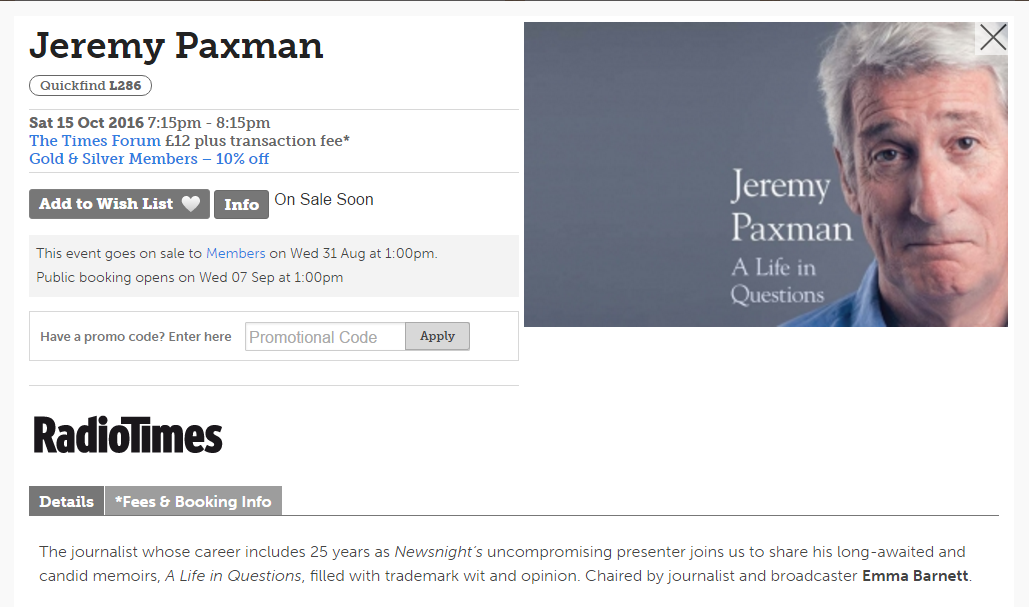 Jonathan Trott with Adrian Chiles • Saturday 15th October 2016 9:00pm - 10:00pm
Jonathan Trott was a rock in the England batting order and was part of one of the country's most successful periods, however, when he left an Ashes tour with a long-standing stress related condition it left many fans completely bewildered. Here he opens up to Adrian Chiles to discuss the trials of being a top sportsman. 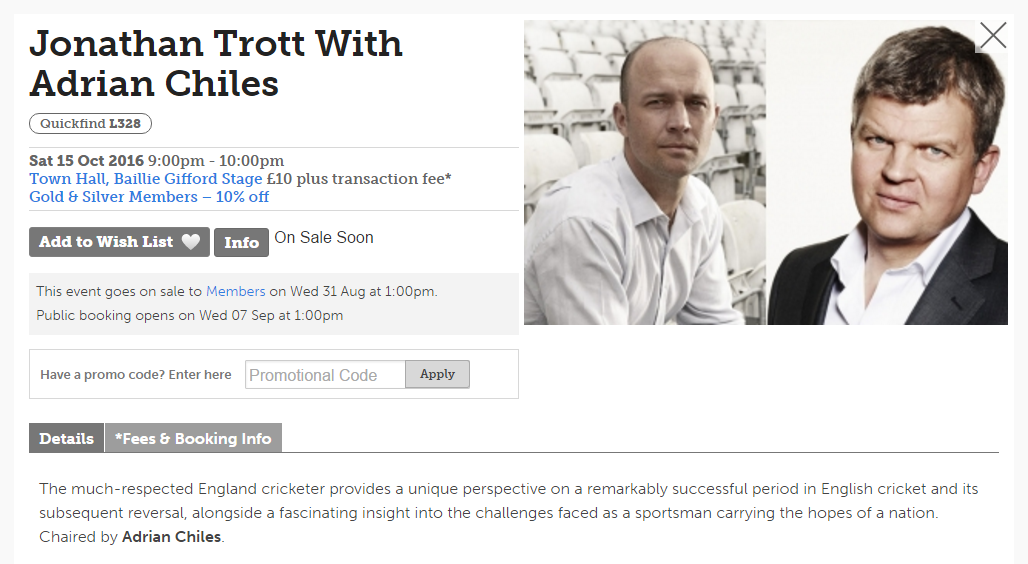 Brian Wilson • Sunday 16th October 2016 12:30pm - 1:30pm​
If you have ears you will know how good The Beach Boys are. The magical mind behind the band belongs to Brian Wilson. In and exclusive interview for the festival, he discusses his memoirs with Will Hodgkinson from The Times. 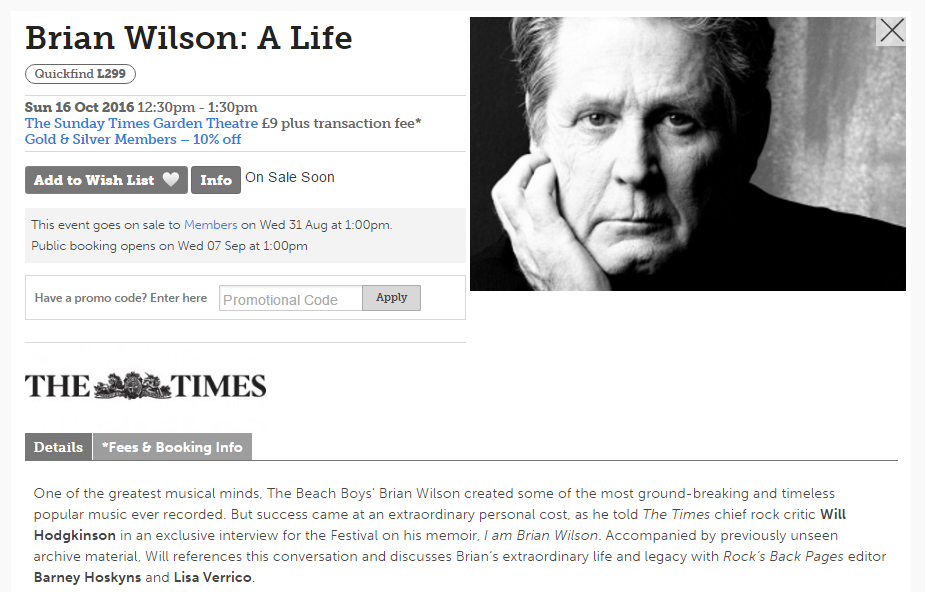 Vivienne Westwood • Sunday 16th October 2016 12:45pm - 1:45pm
Kirsty Wark talks with one of the most renowned fashion designers of a generation and Great Britain's Queen of Punk about being at the forefront of the fashion industry and social change!