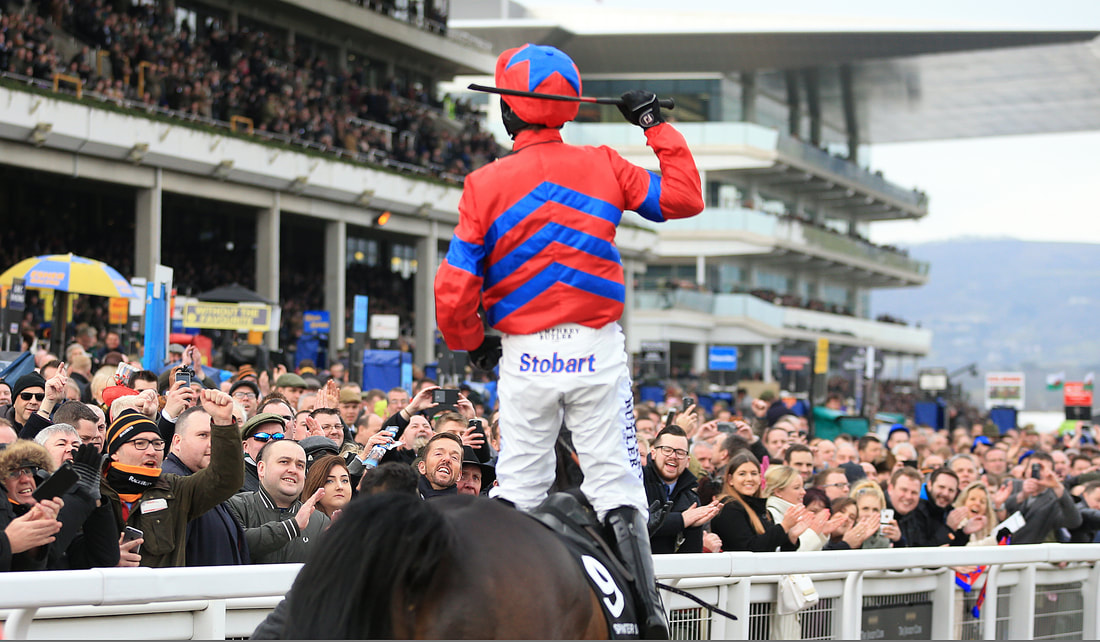 The Festival™ is going to look and sound very different this year. With no crowds, fans are going to be glued to the television to watch a thrilling four days of incredible horse racing. There is a guide of how to watch the festival from home below.

Looking back over the years, there are so many incredible Festival memories. It's virtually impossible to pick just five but we have done our best.

My first Cheltenham Festival was in 2000, the year Dickie Johnson won the Gold Cup on Looks Like Trouble, yet, I had never been to Cheltenham on Gold Cup day so this was my first experience of the day. In those days there wasn't the space there is now at the racecourse, the lawn was absolutely rammed as it always is for the Gold Cup.

I'm sure nobody on the course that day could have imagined that we were about to witness one of the greatest horses in Cheltenham Festival history, winning the first of three consecutive Gold Cup victories in incredible style under Jim Culloty for trainer ​Henrietta Knight. 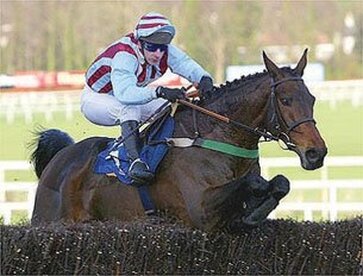 Kauto Star was a truly incredible horse. He was the first horse to ever regain the Cheltenham Gold Cup after winning it in 2007, losing it in 2008 to stable companion Denman, and then winning it again in 2009.

I remember going with high hopes for the Jonjo O'Neill-trained Exotic Dancer, a horse, that in any other era of racing, would have been a bigger achiever than he was.

Kauto Star had the other horses beaten going over the second last. You couldn't help join in with the roar as he and Ruby Walsh jumped the last impeccably and cruised up the hill for a famous victory. 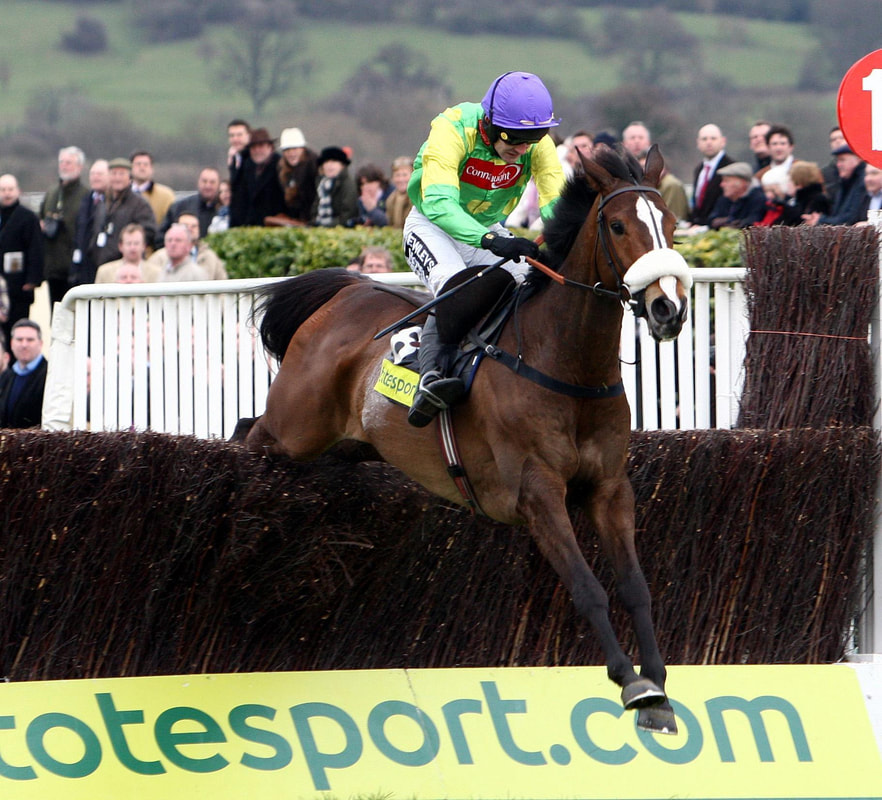 2014 was a changing of the guard in the Staying' Hurdler division. Big Bucks had been unbeatable for years but now faced stiff competition for his crown

There was a lot of hype about the duel between Big Bucks and Annie Power, and the race was billed as one of the most mouth-watering encounters of the week.

2014 was also the year I had started working with Jonjo O'Neill with his online presence. More Of That stood out from the others. He is a gorgeous horse with a heart-shaped blaze, which made for the perfect Valentine's Day social media post the month previously. He'd also won his previous four races and the yard was quietly confident of a good run. AP McCoy had chosen to ride the more experienced At Fishers Cross which gave Barry Geraghty the opportunity to ride More Of That.

It was obvious that Big Bucks had started to struggle before the second last. A gap just seemed to open up after the bend with Annie Power and More Of That going stride-for-stride towards the last hurdle. More Of That met it on a perfect stride and soared up the hill. I remember watching it from the old Member's grandstand where you were lucky to get a standing spot and I'm pretty sure that I was the only one in the crowd cheering him on. 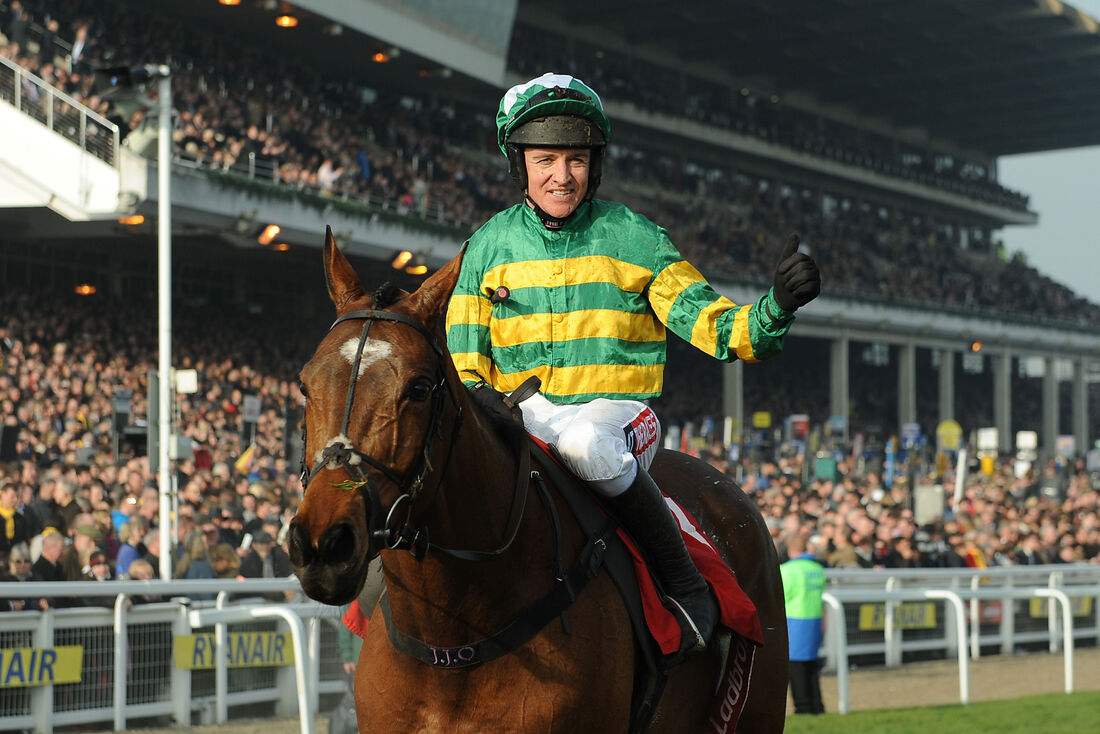 After various health issues, many people had written off Sprinter Sacre before the 2016 Betway Queen Mother Champion Chase.

Special Tiara and favourite Un De Sceaux set a strong pace which did for many in the race. Sprinter Sacre was being pushed along when he made a slight mistake jumping the third from last fence. This didn't deter him in the slightest as he was leading before the second last. To this day, it was the loudest I have ever heard at Cheltenham. People were in tears as he crossed the line for one of the greatest comebacks in Festival history. 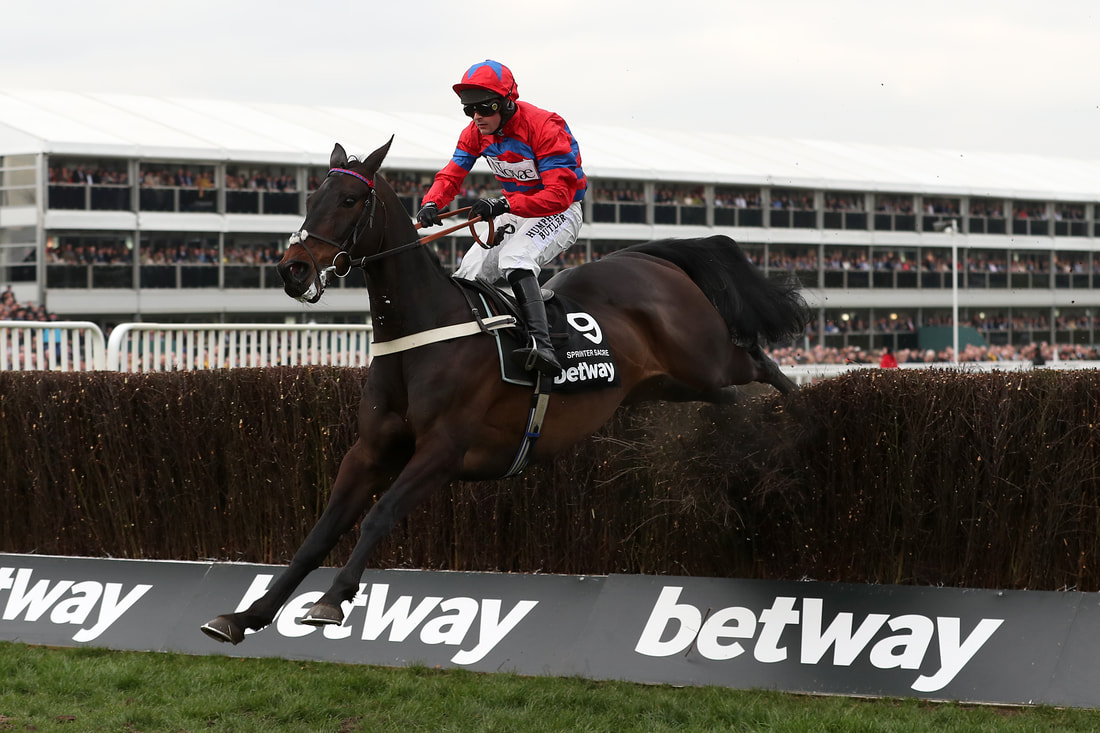 Thursday 14th March 2014 will always be fondly remembered after a "Golden Hour" of racing that saw Frodon and Bryon Frost win the Ryanair, followed-up with Paisley Park and Aidan Coleman winning the Stayers' Hurdle.

I was watching from the parade ring and had never seen anything like it. The reception that Bryony received was incredible after becoming the first female jockey to win a Grade 1 at the Cheltenham Festival.

You hardly had chance to take a breath as the next race started. I didn't know it at the time but I was stood quite near to the Paisley Park connections. His owner Andrew Gemmell is blind and listens to the racecourse commentary. It was extraordinary to witness the emotion and excitement, a real spine-tingling moment. It was as if Paisley Park came from nowhere to lead at the last hurdle which he crashed his way through. He got going again up the hill to hold on for a 2-length victory. The scenes in the parade ring were truly wonderful and something that will live with me forever. 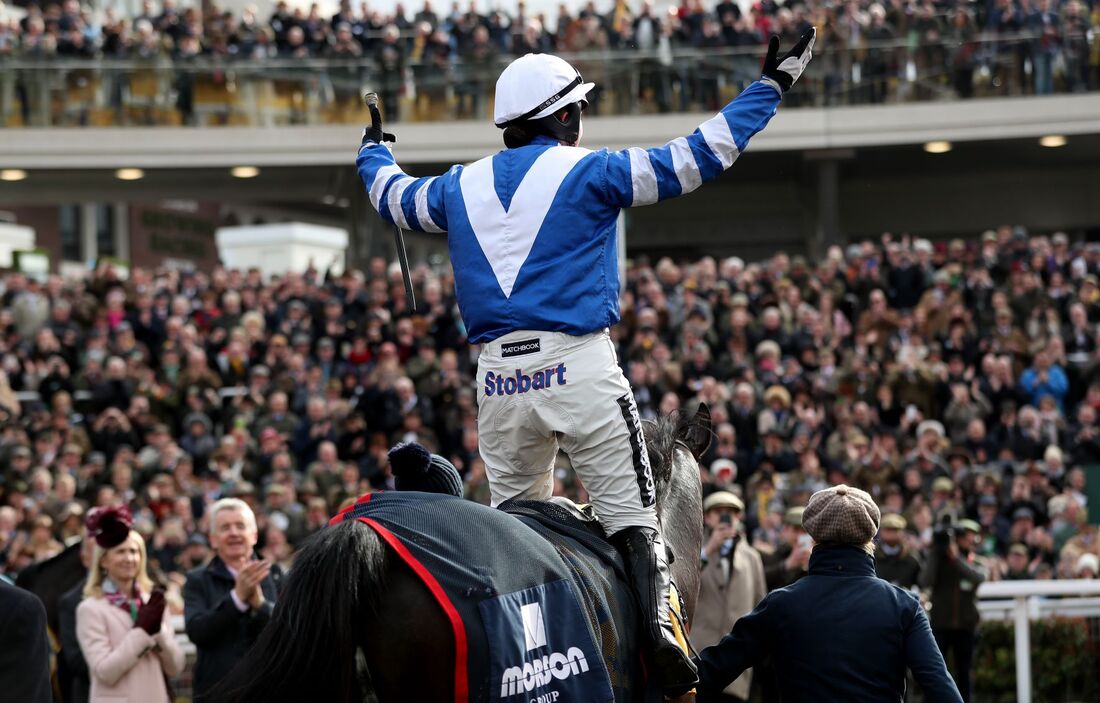 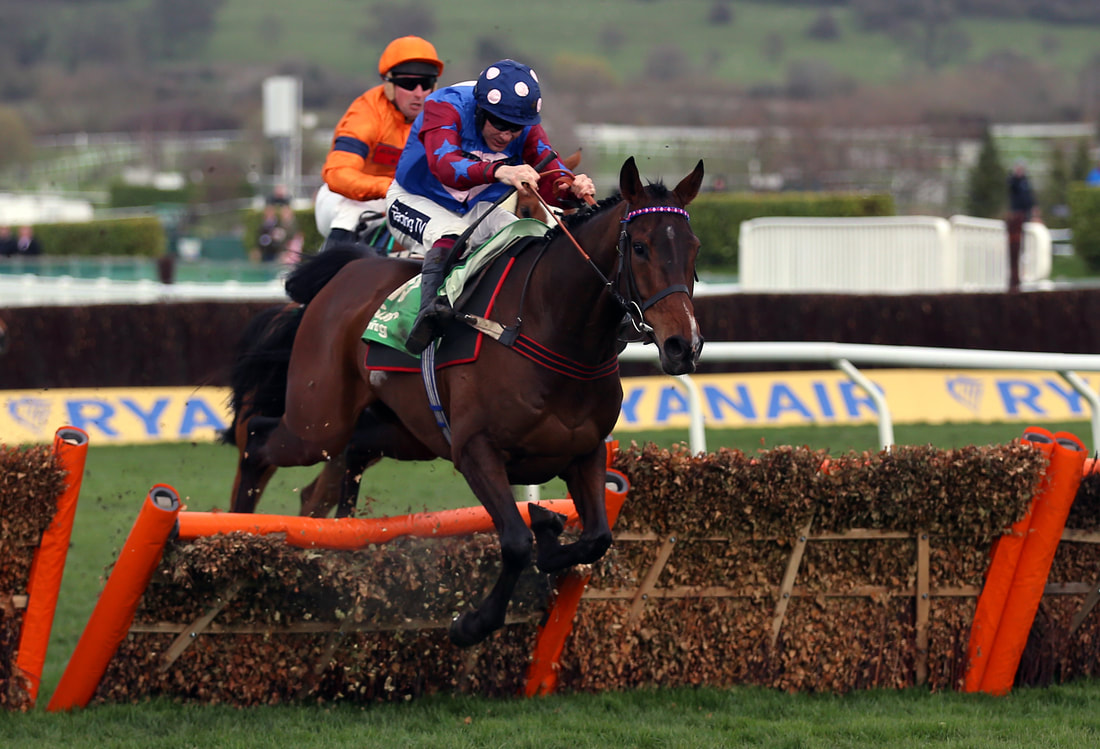 WHERE TO WATCH THE CHELTENHAM FESTIVAL FROM HOME?

​The only place to catch the Cheltenham Festival this is at home on your television screens.

​There will be more live racing on terrestrial TV than ever before this year as it was announced that ITV will be showing six live races every day.

ITV have been given a one-off permission to extend its output beyond their usual five daily races by rights manager Racecourse Media Group, as it's looking more and more likely that The Festival will be held behind closed doors. This will mean the programme will run from 1pm to 4.30pm and the gap between races will be reduced to 35 minutes from 40 minutes.

Racing TV will be showing all of the races live throughout each day of the Cheltenham Festival.

Cheltenham Racecourse members will be given

There will be new provisional race times too with the first race brought forward to 1.20pm, with the feature each day moving to 3.05pm. 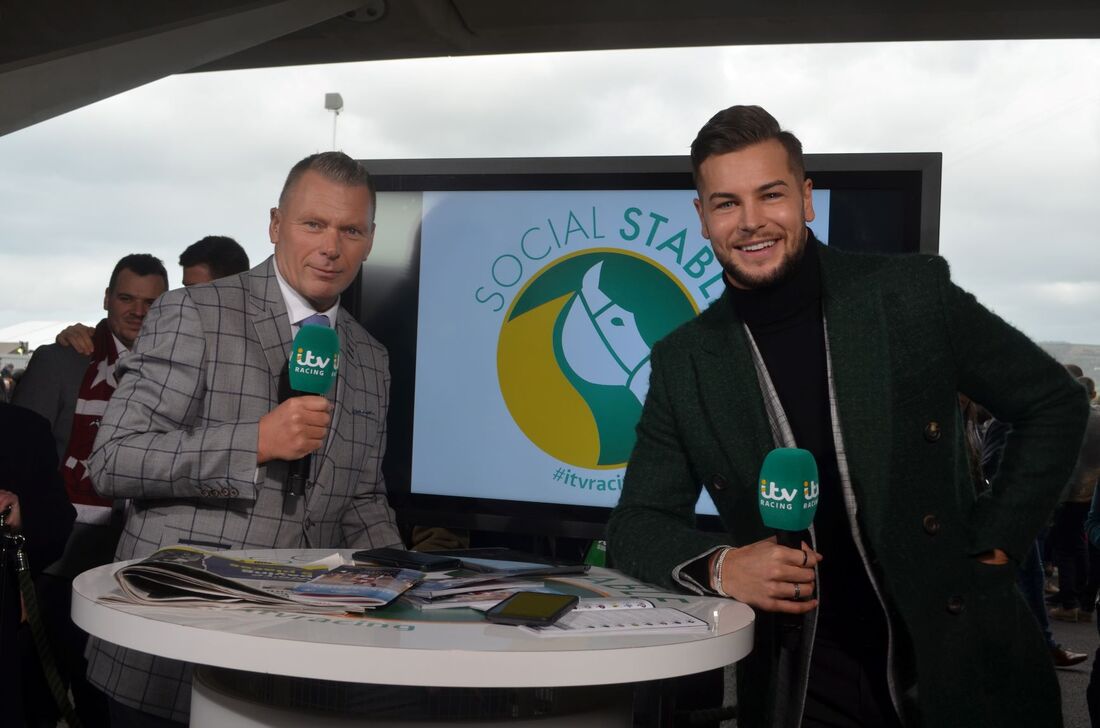